To share your memory on the wall of George Bailin, sign in using one of the following options:

Print
George Bailin – poet, author, teacher, performer, activist, seeker
Some comments:
“George Bailin is willing to face the terror both inside him and outside. There are no nice little domestic scenes here. We are in the presence of som... Read More
George Bailin – poet, author, teacher, performer, activist, seeker
Some comments:
“George Bailin is willing to face the terror both inside him and outside. There are no nice little domestic scenes here. We are in the presence of something important.”  — Gerald Stern
“George Bailin is a poet of great verbal imagination and energy. And his poems say something. Each one, whether its dominant emotion is anger or joy, is passionately written, passionately experienced.”  — Thomas Lux
Born in Brooklyn to hardworking immigrants, George Bailin grew up with several dominating factors: an extended family that supported him even when they didn’t understand him, a thirst for truth, a passion for writing, a joy in sports, an abundance of energy, and a fear of the anxiety that would erupt during stressful times. The oldest of four children born to Marion and Herman Bailin, George has two brothers, Jerry Bailin and Stuart Bailin (now deceased), and a sister Iris Bachman.
Professionally, George attended Brooklyn College, Manhattan College,  and Sarah Lawrence College, graduating with a BA in English, and MFAs in English Literature and Creative Writing. Two of his best friends, with whom he spent many hours writing, were Howard Sackler and Murray Schisgal, who both went on to achieve fame writing and directing movies and plays. George however, now married to Marilyn and the father of two children, Mike and Jill, went another direction.
His Zayde and Bubbe, Orthodox Jews, were influential in his early spirituality and arranging his bar mitzvah at 13. After college, he began to attend various religious institutions and leaders. However, none were able to answer his questions, until he met Dr. Rammurti S. Mishra in 1957. This meeting, recorded in Ready To Give Everything , altered the focus of his life.
A born teacher, George spent 30 years as a high school English professor at several different schools in New York City. During this time, he became a mentor for both students and fellow teachers, and was active in developing the teachers union and promoting civil rights. Taking early retirement from the NYC school system in 1983, he went on to teach English Composition and Literature at several community colleges in New York and New Jersey, retiring in 2001.
Writing has been George’s lifeblood, a daily practice he began in childhood and continues to this day. The topics he writes on vary, from social activism, to political commentary, to the challenges of daily living. However, permeating everything he writes is a desire for, and a fostering of, spiritual understanding. His skill and understanding of the subject was such that Dr. Mishra often asked him to edit his writing. His monologs, scripts, poems, articles and essays have been published nationally by such magazines as Black Country, Puckerbrush Review, Kansas Quarterly, Goblets, Webster Review, Salome and Mississippi Valley Review. He founded Seaport Poets & Writers Press to assist publication of his Poetry & Prose and give workshops to support fellow writers.
A dramatic performer, George was a frequent reader on Columbia University’s radio station WKCR with Tom Vitale in New York City. He gave the first dramatic readings of many of his poems at the St. Clements Poetry Festival in New York City, as well as at the Somers Free Library in Somers, New York. For decades, he frequently regaled audiences at Ananda Ashram in Monroe, New York, bringing light and laughter to the meditation programs led by Dr. Mishra, his friend and spiritual advisor. His writings on Dr. Mishra include Ready To Give Everything : Reminiscences of Doctorji, and Sage of Ananda : Shri Brahmananda Sarasvati.
Since 1986, George has been living with his wife Daryl in Monroe, New York. For 11 years he wrote and Daryl edited Meditator’s Newsletter, a monthly publication of poetry, prose, essays, spiritual quotes and exercises. In 1995, they cofounded Sacred Orchard , intending it to be a vehicle for promoting spiritual awareness.
After the passing of his guru in 1993, then known as Shri Brahmananda Sarasvati, George’s life was increasingly contemplative. Yet he continued to visit the gym at least once a day, write day and night, cook occasionally, and spend time with his dog Gracie. And no day was started off right without a cup of coffee.
After several years of increasing health issues, George was admitted to hospice. He passed away peacefully, a smile on his face, in the early morning hours of Tuesday, December 1, 2020. Services will be held on Friday, December 4, 2020 at Flynn Funeral & Cremation Memorial Centers, Inc., via a live link telecast. Cremation Services will follow at Oxford Hills Crematory, Inc., Chester, NY. Funeral arrangements and cremation care have been entrusted to Flynn Funeral & Cremation Memorial Centers, Inc, and the staff of Oxford Hills Crematory, Inc., Chester, NY. To offer an online memorial please visit www.flynnfh.com
Read Less

To plant a memorial tree in honor of George Bailin, please visit our Heartfelt Sympathies Store.

There are no events scheduled. You can still show your support by sending flowers directly to the family, or planting a memorial tree in memory of George Bailin.
Plant a Tree

We encourage you to share your most beloved memories of George here, so that the family and other loved ones can always see it. You can upload cherished photographs, or share your favorite stories, and can even comment on those shared by others.

Posted Dec 04, 2020 at 12:00am
The ultimate privilege of living as George's son, and being a recipient of his teachings for 60 years, continues to be an incomparable, consummate and phenomenal gift. He doggedly hunted spiritual wisdom and extramundane enlightenment, and he practiced what he preached with his routine meditation and daily metaphysical wonderment.  As a father, he was radically different -- leading a life the general population could not comprehend. He was, in a word, divine. His habitual meditations manifested in reverential flight -- soaring past worldly worries.  His life transformed into eternal wonderment and a devotional passion. We began meditating together on my fifth birthday, and I felt proud to be "son of George" when the Ashram opened!    I would love to catch up with any and all of his friends and colleagues over the years, so please feel free to text or email, and we can share stories, pictures, poetry, movies and inspiring remembrances.  Write to me at mahamunison@gmail.com or text at 781.608.6453
Comment Share
Share via:
SC

Posted Dec 04, 2020 at 12:00am
A Memorial Tree was ordered in memory of George Bailin by STEVEN NEWMAN & CAROLYN .   Plant a Tree To Daryl and Family, So sorry for your loss. George's life left a lasting impression and he was an inspiration to those who knew him. He will be missed. STEVEN NEWMAN & CAROLYN
Comment Share
Share via:
JS

Posted Dec 03, 2020 at 12:00am
Loved his laugh and his pause before decided what to say. I will miss George and may he rest of peace as the memory of him stays with us
Comment Share
Share via:
TS

The Residents Association of Lake Sapphire 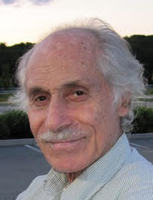