To share your memory on the wall of Mary Kennedy, sign in using one of the following options:

Print
Mary Helen Kennedy, of Gaithersburg, Maryland, died on May 17, 2021, in Westminster, Maryland at the age of 80, from complications related to stroke and vascular dementia.

Mary is survived by her four children, Hon. Christopher M. Kenne... Read More
Mary Helen Kennedy, of Gaithersburg, Maryland, died on May 17, 2021, in Westminster, Maryland at the age of 80, from complications related to stroke and vascular dementia.

Mary was born on December 22, 1940, in the Bronx, New York, to Matthew J. Kennedy and Mary W. McPike. She graduated from St. Helena High School (now Monsignor Scanlan) in 1958 and went on to earn a B.S. in Biology from Hunter College, City University of New York, and a M.S. in Biomedical Science from Rutgers University. While in high school, a coincidence of last names led to her introduction to Christopher J. Kennedy; they fell in love and married on January 23, 1965. They lived in the Bronx until moving to Sugar Loaf, NY in 1972. They later moved to Libertyville, IL in 1989, then to Gaithersburg, MD in 1996.

A valedictorian in high school and college Phi Beta Kappa honoree, Mary was a star student. She was the first person in her family to attend college, which she was able to do only because of scholarships. Mary used her masters degree to do biomedical research at Montefiore Hospital, teach nurses and medical students at Mount Sinai, and teach at Pearl River High School, City University of New York, and Pace University. She later served as school board president in Warwick, NY.

She left the workforce to raise her growing family, returning to begin a new career at age 42 with Abbott Laboratories, where she would work for the next 20 years. Her career took off, rising from sales rep to district manager to national head of sales training to become the first female Regional Manager in company history, winning every award along the way. She was the first woman in her most senior positions, but she made sure she was not the only woman to rise through the ranks; by the time she retired, more than half the workforce in her division were women. She was a vocal leader in promoting diversity and helped mentor many colleagues inside and outside of Abbott PPD (now Abbvie).

Mary was a 32-year survivor of stage 4 breast cancer and lifelong diabetic who still had the energy to raise four kids and pioneer in her career. Everyone who knew Mary knew her inimitable energy and determination, her unsurpassed work ethic, and her fierce and loving devotion to her family. Her greatest joy was spending time with her four kids and ten grandchildren. Whether you knew her as Mom, Aunt Mary, Grandmary or colleague, you felt her love, her fearlessness, and her commitment to making things better.

A ceremony to honor Mary’s life will be held when conditions permit.

Funeral arrangements are under the care of Flynn Funeral & Cremation Memorial Centers, Inc., once the Mass and Interment at Gate of Heaven Cemetery are confirmed the dates of times of each event will be place on our website.
Read Less

To send flowers to the family or plant a tree in memory of Mary Helen Kennedy, please visit our Heartfelt Sympathies Store.

Provide comfort for the family with a meaningful gesture of sympathy.

Show you care by sending Flowers

We encourage you to share your most beloved memories of Mary here, so that the family and other loved ones can always see it. You can upload cherished photographs, or share your favorite stories, and can even comment on those shared by others. 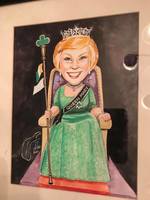 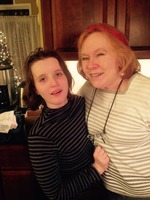 Contact us to see how we can provide savings on all Funeral options and assist in your time of need.

Admin Obittree|Privacy Policy|Terms of Use|Sitemap|Powered by FrontRunner Professional
Share by: